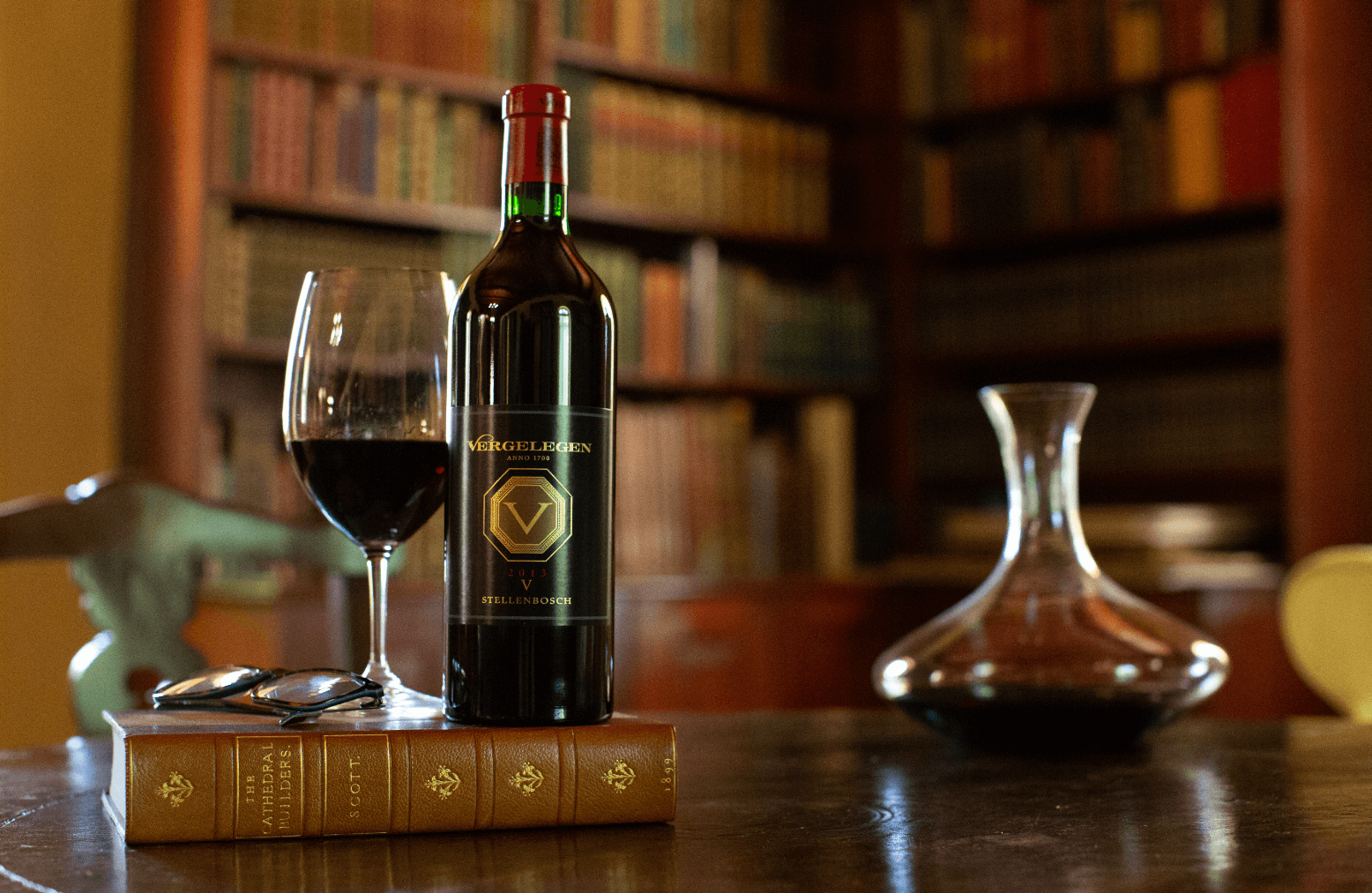 One of South Africa’s most fascinating book collections is housed in the unlikely location of an old Western Cape wine cellar – a building that reached the venerable age of 200 years in 2016.

The eclectic collection of over 4500 books is that of mining magnate, politician and philanthropist Sir Lionel Phillips, who acquired the famous Somerset West estate Vergelegen in 1917. The winery building was then in disrepair, and his wife Lady Florence, a passionate supporter of art, architecture and craft, oversaw its conversion into a library.

New owners took over in 1987, and have  since restored the estate (including the library) to new heights. The library is now furnished in classic English country house style, with a book collection dominated by literature on history (from ancient to modern) as well as books on travel and a small collection of Africana. There are magnificent art, music and garden books, 444 in total, and a collection on architecture, including furniture and metal designs.

The scientific books are mostly of the pure science discipline, plus a few mining books and some on farming. There is much of Darwin’s writings, archaeology, anthropology, philosophy, but just one cookery book. Some 168 volumes are in French.

Many of the books are folio size and stored in cupboards below the shelves, protecting magnificent hand-coloured and illuminated illustrations from deterioration.

Bound volumes of periodicals include Punch, The Burlington Magazine on fine and decorative arts, Connoisseurs, The Craftsmen and a collection of Japanese art issues.

This last book is printed in Gothic script and contains garden plans, a garden almanac, information on pruning, grafting, plant containers and tools. It’s the kind of book that the original owner of Vergelegen, Cape governor Willem Adriaan van der Stel, might have read.

The cellar is built in neo-classical style with triangular pediment and fluted pilasters in the front gable. Hans Fransen,  expert in art and architectural history, describes the gable as dated 1816 with the little ‘thumb’ wings peculiar to the district, being extensions of the outline moulding.

Sir Lionel and Lady Florence ushered in a new, exciting era when they acquired Vergelegen.  Lady Phillips consulted Percy Walgate, the renowned architect of the Herbert Baker school, during the five years it took to restore and remodel the Cape Dutch homestead.

When the library alternations were made in 1920, records indicate that a wall into an adjoining building was broken through. That floor level was lowered to accommodate Lady Florence’s valuable collection of tapestries.

As Sir Lionel was very fond of music, an organ was installed at one end of the library.  A Spanish wrought-iron gate and monogrammed brass door handles were taken from Villa Arcadia, their Johannesburg home, and fitted here.

Florence Phillips commissioned an eminent botanist, Rudolf Marloth, to produce The flora of South Africa which appeared in four volumes in 1931.  It was dedicated to her father, Albert Frederick Ortlepp, a naturalist and land-surveyor in the Karoo.

The library also includes handwritten notes for Lady Florence’s own book, Some South African recollections, and Sir Lionel’s own two publications, Some reminiscences and Transvaal Problems – Some notes on Current Politics.

When Sir Lionel died in 1936 and Lady Phillips in 1940, their funeral services were held in the library at Vergelegen. Close friend and Prime Minister, General Jan Smuts, who used to walk on Vergelegen as a boy, said in her eulogy: “She was no ordinary woman…The beauties of this Vergelegen estate are a monument to her power of achievement and her sense of beauty.”

The new owners were Charles Sydney (Punch) Barlow and his wife Cynthia.  Dances were often held in the library where Lionel Phillips’s collection remained intact. Punch was a keen conservationist and sponsored Austin Roberts’s book on birds.

Their son Tom Barlow sold Vergelegen in 1987 but continued to take an interest in the estate and loaned several items of furniture, such as a mahogany specimen cabinet, for display in the library.

Acknowledging the role of Lady Phillips in the establishment of the Johannesburg Art Gallery, Iziko’s SA National Gallery has also loaned paintings and bronzes to complement the history and style of the library and homestead.

In keeping with founder van der Stel’s original vision, Vergelegen is now a model estate of global repute with a cultural heritage area spanning 60 hectares. Given the farm’s outstanding heritage and cultural significance, it is considered a national treasure and has been identified as an integral component of a serial nomination of the Cape Winelands cultural landscape as a world heritage site. It has been open to the public since 1992.